This weekend saw our U14s head to the University of Warwick to compete in the Netball South Performance Club Invitational National Netball Tournament 2021. It was always going to be a tough weekend with the top 18 teams in the country attending the event.

Day one we put into group B which meant we would play Eagles followed by Sutton Town. We had never played either of these two teams which asked questions of our squad from the offset.

After a nervous start we finished the first quarter 7-5 up. After a quick regroup and the combinations settling, we then pushed on to come in at half time with a 24-11 lead. The squad showed great strength in depth, and after a few changes at half time saw the girls finish with a 32-18 win.

The girls had refocussed after game one and knew what they had to do in our final group game ahead of the regrouping. New combinations tried and our girls really pushed on and took a 46-15 win.

There was then a regrouping, and we were placed in group W in the afternoon. If we won both these games, then we would be playing for top 6 on Sunday. The girls were prepped and ready to take on Ryland and Oaksway.

A team we have never faced before but our girls weren’t faced and stepped up their performance to take the win 56-14.

Final game of the day and the girls knew what was at stake. A win would allow them to compete for top 6, which is where they wanted to be. After a rocky start we finished the first quarter 8-5 up. Our Coaches addressed the situation and our girls responded perfectly to come out with a 47-11 win.

After a long day with 4 games our girls enjoyed some down time including a quiz, food, and team building. An early night ready for a big day of games on Sunday.

Group on Sunday morning contained the winners of 2 of the other groups from Saturday afternoon (Eagles and Poole). The other section contained Oldham, TTNC and Grangetown. If we won both our group games, then we would be playing off for 1st or 2nd.

Eagles were up first, who we faced the previous day. We wanted to address our shaky start from Saturday, and we absolutely did, finishing Q1 8-3 up. The girls maintained focus and continued to extend their lead throughout the game to finish 35-13 winners. Eagles were a strong and talented team and our girls really asked questions of them and displayed the incredible talent we have in our squad.

A team we had never faced before and knew it was going to be a challenge as they had some talented players. But again, our girls approached the game in the way expected of them and came out 42-14 winners.

That was that! Group won and we were through to the National Final, something this group of girls had been focussed on for many years. We regrouped, rested and remained focussed during the long wait before the final. We discovered we would face Oldham in the final, our fellow competitors from the North West, so we knew what we were going to be up against. Tactics were done, an intense warm up completed and team talk given. Our girls were ready!

At 4pm Sunday 29th August we stepped onto the centre court in front of a large crowd and a lot of noise. The atmosphere was incredible and got our girls fired up for the final. Captain Daisy Lees said her final words and they were off. A game we knew would be fiercely contested and physical, started off just like that.

We lost our first centre pass and went 1-0 down, but our girls weren’t put off, they fought hard to win the ball back and take control of the score board. Calm and controlled passages of play were seen from our midcourt and we came in at the end of the first quarter 6-4 up.

No changes made and the girls went back on and stepped up once more. The shooting circle of Becky and Ella remained calm and composed throughout and ensured we pushed ahead and came in at half time 14-8 up.

Third quarter was a quarter for the defence; Hana, Tennille and Tonye were solid and came out with so many turnovers to extend our lead out to 23-10.

This was it, the last quarter and it was ours to lose. They kept their nerve and kept that score board ticking over only for the final whistle to go and Kingsway Power took the win 31-15! Scenes of absolutely joy from all the players. So well deserved as they have worked so hard and stuck to task. As a club we couldn’t be prouder of their achievements this weekend.

Netball South had an award for the most POM’s picked by the opposition which went to our captain Daisy Lees.

Coaches Player of the tournament went to Hana Wiley for her improvement over the weekend and her incredible efforts in the final.

We would like to thank Netball South for organising the event, all the sponsors for backing it and all the other teams that entered for some fantastic game play. Our girls parents for all the time and efforts ensuring the girls were able to compete and our coaching team Lauren, Jen and Donna for their input over the tournament.

Huge congratulations to everyone. 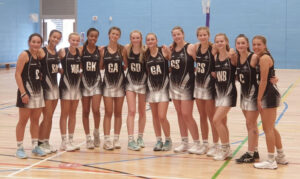 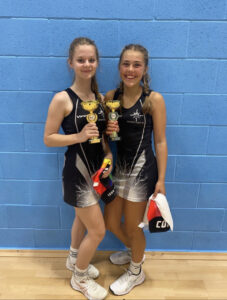