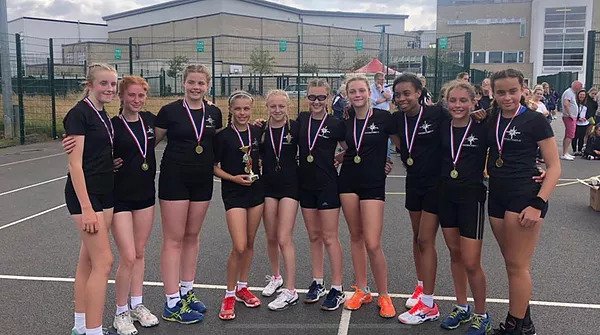 Today saw our girls enter the Dominoes U13s Tournament. We wanted a challenge, and that is exactly what we got!  Our girls set themselves goals, and went out there to see how they stepped up to some tougher match play. 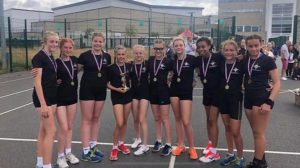 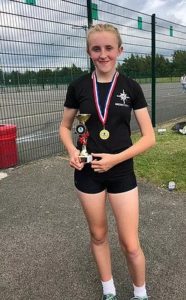 As a team we wanted to be competing and pushing on and the girls did not disappoint, after playing 5 group games we came out as runners up in our group.

First up DNA Red and a convincing 12-5 win gave our girls a little confidence that they took with them into the second game against Chaddy Park resulting in a 14-3 victory.

Our third game saw us come up against Bury Jaguars and a tough physical contest.
We played our hearts out 1st half and were 4-2 up, but the second half saw some errors start to creep in and we suffered an 5-8 defeat.

Coach Lauren Palmer gave some wise words and guidance and the girls bounced back in their next two games with huge wins against DNA White 22-1 and Grangetown 16-4.

If we weren’t already hugely happy with performances throughout the day we had more to come with a brilliant semi -final win 11-1 against Barr Beacon, who had topped their group convincingly.

This led us to the U13’s final, an amazing position to be in for an U12’s team.
We again met Bury Jaguars, who had defeated us in the rounds, and we knew we had a battle on our hands.
First half, 3 minutes passed without a goal. Turnovers were being made by both teams but both unable to convert. KWP broke the deadlock and went 3-0 up by half time.

Second half Bury came out fighting and our defence worked tirelessly to keep Bury’s attack at bay.
Bury crept back and we were level 4-4. Bury’s centre pass with a minute to go and phenomenal team work from our GK/GD was rewarded with a huge turnover ,which was brought through the court and taken to goal 5-4. Our centre, last 30 seconds and we had to keep the ball safe…..

That’s exactly what our young team did, kept their heads and possession until the final whistle coming away as WINNERS!

What an achievement! What a season!
These girls are just getting started. Watch this space……..